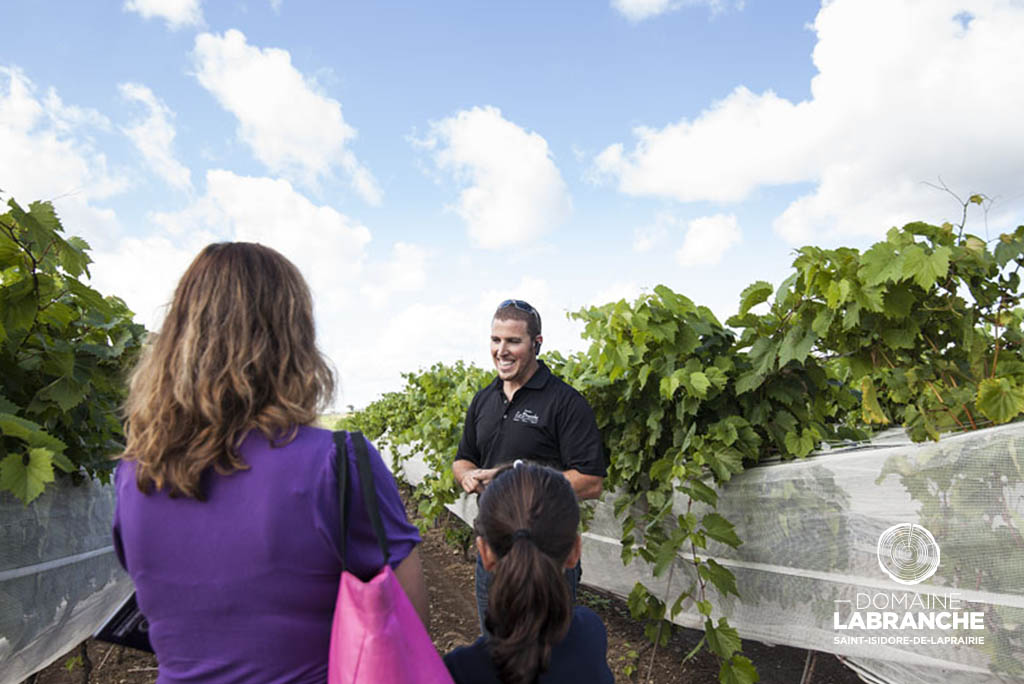 Louis Desgroseilliers is the vintner and owner of DOMAINE LABRANCHE, located in Saint-Isidore-de-Laprairie, in the Montérégie region.

Louis is a graduate in management and operation of agricultural business, comes from a family of organic market gardeners. Louis is passionate about agriculture and its secrets. He is also co-owner of Vitis-import, a Quebec company specializing in the import of vitis vinifera vines and vitivinicultural equipment.

The youngest of six in a farming family, Louis has been a winemaker for close to a dozen years. During his initial studies in agribusiness management and operations, he happened upon his real passion for winegrowing after meeting several oenologists.

He learned more about growing grapes, apples and maple trees before taking over the Labranche sugar shack (founded by his grandfather more than 60 years ago). In an effort to diversify the maple business and set it apart from the crowd, Louis decided to get into cider and wine production.

Currently, the vineyard covers 20 hectares, half planted with cold-hardy grape varieties and half with Vitis vinifera vines. In the next five years, Louis hopes to triple the size.

DOMAINE LABRANCHE wines and ciders are available in SAQ, grocery and specialty stores.