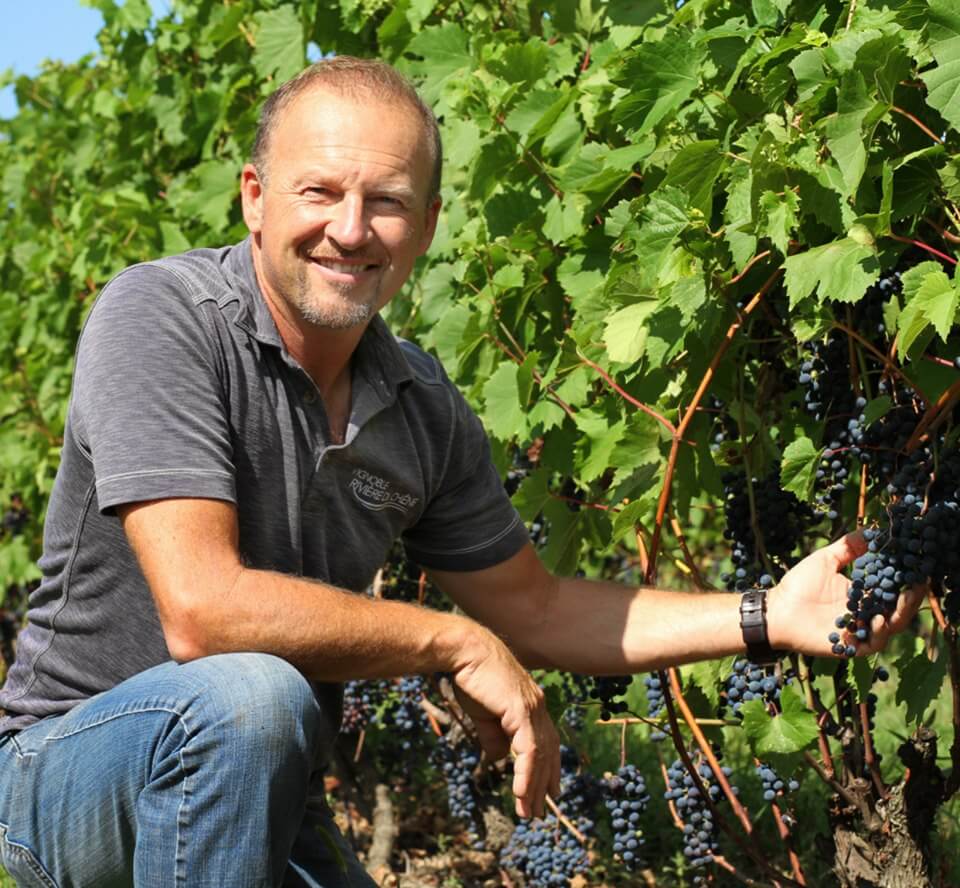 Daniel hails from a proud line of farmers and entrepreneurs (Cabane à sucre Lalande, Canada’s oldest sugar shack, belonged to his great-grandparents). He discovered winemaking during a student internship in Toulouse, in southern France.

« I always expected to take over the sugar shack,» recalls Daniel. «I did work there for a while, but then in 1996, after visiting several winemaking operations in Quebec – including L’Orpailleur in Dunham, I began to dream of starting my own vineyard on our family property. »

After careful consideration, Daniel took the leap, planting the first grapevines on his land in Saint-Eustache in 1998. Three years later, the VIGNOBLE RIVIÈRE DU CHÊNE  was open for business.

In 2015, he acquired an old dairy farm in Oka, where the soil was well suited to cultivating varieties of Vitis vinifera, such as Chardonnay and Pinot Noir. With boldness and vision, Daniel set out to make his mark on the Quebec wine industry.

With 16 varieties of grapes planted on 37 hectares across two vineyards and 15 PGI Quebec wines, Daniel is well on his way. He expects to produce more than 300,000 bottles in 2020. According to Daniel, « Being a winemaker in Quebec is a way of life. It’s demanding and often difficult, but incredibly rewarding! »