Winemaker in the Dunham Valley, in the Eastern Townships, Stéphane Lamarre is the owner of the Château de Cartes vineyard.

At the start of his career, he definitely had no idea that one day he was going to live from the vine and wine! He first started out as a television journalist-director, and has worked for well-known big entertainment chains such as TVA, Télé-Québec and RDS, among others. It was during these years that he had the chance to travel around the world. This allowed him to learn the culture of the vine according to different regions and climates and, to develop his passion for wine.

From 1994 to 1996, he also had the chance to study viti-viniculture in Mittelbergheim, in the beautiful region of Alsace, in the northeast of France. 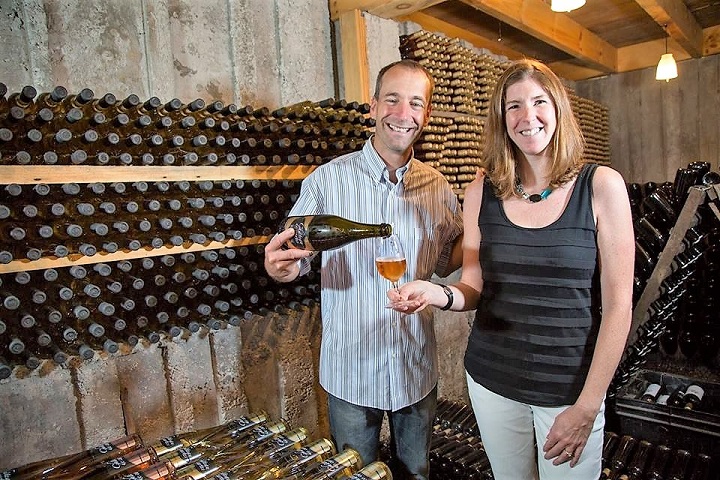 It was in 2006, with his spouse Anik Desjardins, that Stéphane made his dream come true by buying an orchard which he transformed into a vineyard: the Château de Cartes was founded. A few years later, in 2010, the vineyard was officially opened to the public! An enchanting site that offers wines and ciders to many visitors in the Dunham Valley.

An artist above all

Stéphane Lamarre describes himself above all as an artist, it is part of his DNA! He doesn’t hesitate to say that his business side is not his greatest strength. On the other hand, his creative side, his patience and his will to always want to improve make him an excellent winemaker.

This is reflected very well through its wines. Not afraid to innovate, he managed to develop a wide variety of products ranging from gray wine, ice wine made from black grapes to orange wine!

Creating … that’s what feeds him, it’s what fascinates him.

For the winemaker, Stéphane Lamarre, teamwork is an essential asset. He does not hesitate to share with his colleagues what he does well but also, what he has done less well to share his experience. For him, it is by helping and helping each other that we improve.

« Sharing knowledge is not only a responsibility, it is also a great pleasure! » Stéphane Lamarre

He underlines the importance of having had pioneers in viticulture in Quebec who advised him at the start of his winegrower career. And today, he wants to return the favor! He always takes the time necessary to share his knowledge and expertise in order to help a colleague.

For Stéphane Lamarre, the production of a wine or a house of cards has many similarities: it takes a lot of skill, patience and good technique! The vine can be very fragile, but we can also do exceptional things! « Château de Cartes » is also a nod to the great castles of the world, in line with our dream that one day, Quebec will be recognized for great wines. » Stéphane Lamarre

Today, Stéphane Lamarre is proud of his estate which has more than 23,000 vines which cover an area of ​​7 hectares. Its wines have the Protected Geographical Indication (PGI) appellation « Vin du Québec » which certifies that its wines have been produced in accordance with best viticultural practices. 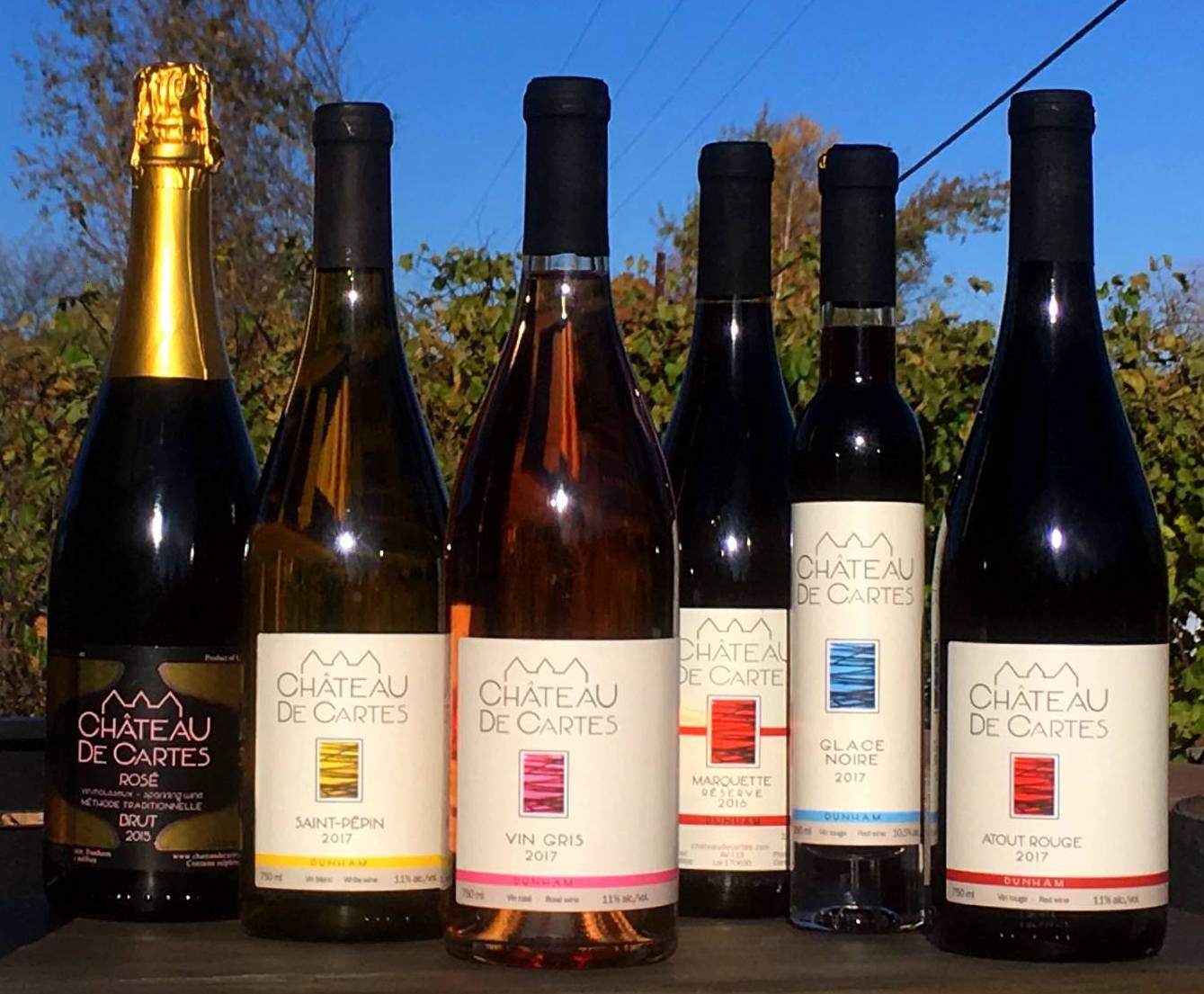 The wines which bear this seal must have been subjected to a chemical analysis carried out by a certified laboratory which confirms that the final product complies with the standards established in very strict specifications. Finally, to obtain the PGI designation, the wines passed a blind taste test. This organoleptic evaluation validates that the wine is free from defects.

Taste the products of the Château de cartes vineyard. Several are available in SAQ branches, several grocery stores (IGA and Metro), a large number of delicatessens as well as directly in the vineyard!

You can also get the wines of the Château de cartes directly from its online store – it also offers delivery in the comfort of your home!