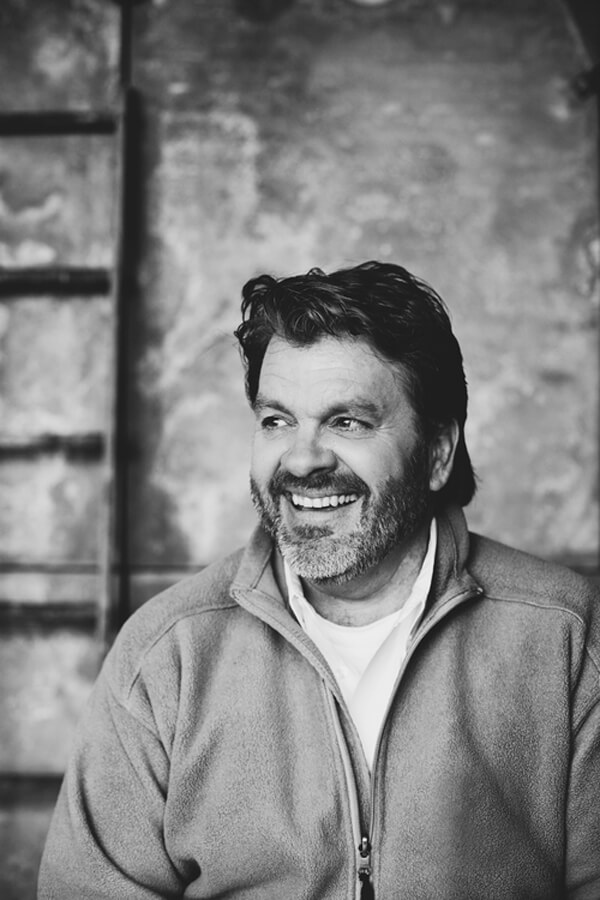 A multitalented businessman, Yvan started his career in the construction industry, working his way up from day labourer to company president. In 1991, while studying engineering and construction management at the École de technologie supérieure, Yvan launched his own cardboard packaging business. He is the inventor of the corrugated pallet and also holds a patent for a foldable pallet-mounted container. In 2003, he acquired Manubois, a manufacturer of wooden boxes.

By 2005, he had begun to think about retiring. This prompted him to buy a piece of land that came with five hectares of vineyards. It wasn’t long until winemaking was part of his daily life. In 2007, once the necessary renovations to the estate were complete, DOMAINE ST-JACQUES released its first vintage. His wife and three children joined him, making the vineyard a family venture.

Since then, Yvan’s passion for wine has only intensified, as the winery’s reputation has grown in leaps and bounds. In 2013, he handed over the reins of his manufacturing businesses to his eldest daughter and son-in-law in order to devote himself full-time to DOMAINE ST-JACQUES.

The estate now consists of 23 hectares and may grow as big as 30 hectares before too long. In the fields, you’ll find Pinot Gris, Pinot Noir, Riesling, Chardonnay and Gamay grapes. Yvan’s mind is constantly on the vineyard, whether it be winter protection, bud break, wind machines or new equipment. It’s an all-consuming passion, but one that comes with an unbeatable return on investment!