Isle of Bacchus: a bottle in the sea

The Quebec wine world is full of beautiful stories and that of Carole Primeau and Steve Boyer, owners since 2017 of the Isle de Bacchus vineyard, located on Île d’Orléans, is one of them.

Fifteen years ago, the couple of entrepreneurs and wine lovers, who then lived in Montérégie, decided to come and spend their holidays on Île d’Orléans with their two boys.

“We came to harvest on the Isle of Bacchus and we fell in love with this little corner of paradise!” remembers Carole as she takes in her small estate, rich in history.

The owner at the time had then shared with the couple his need for succession and upon their return home Carole and Steve had sent him a letter in which they expressed their interest in taking over the reins of the business.

“We had no response to our letter at the time! But several years later, the owner found our bottle overboard just when he was ready to pass the torch. We decided to board the boat!” says Carol. 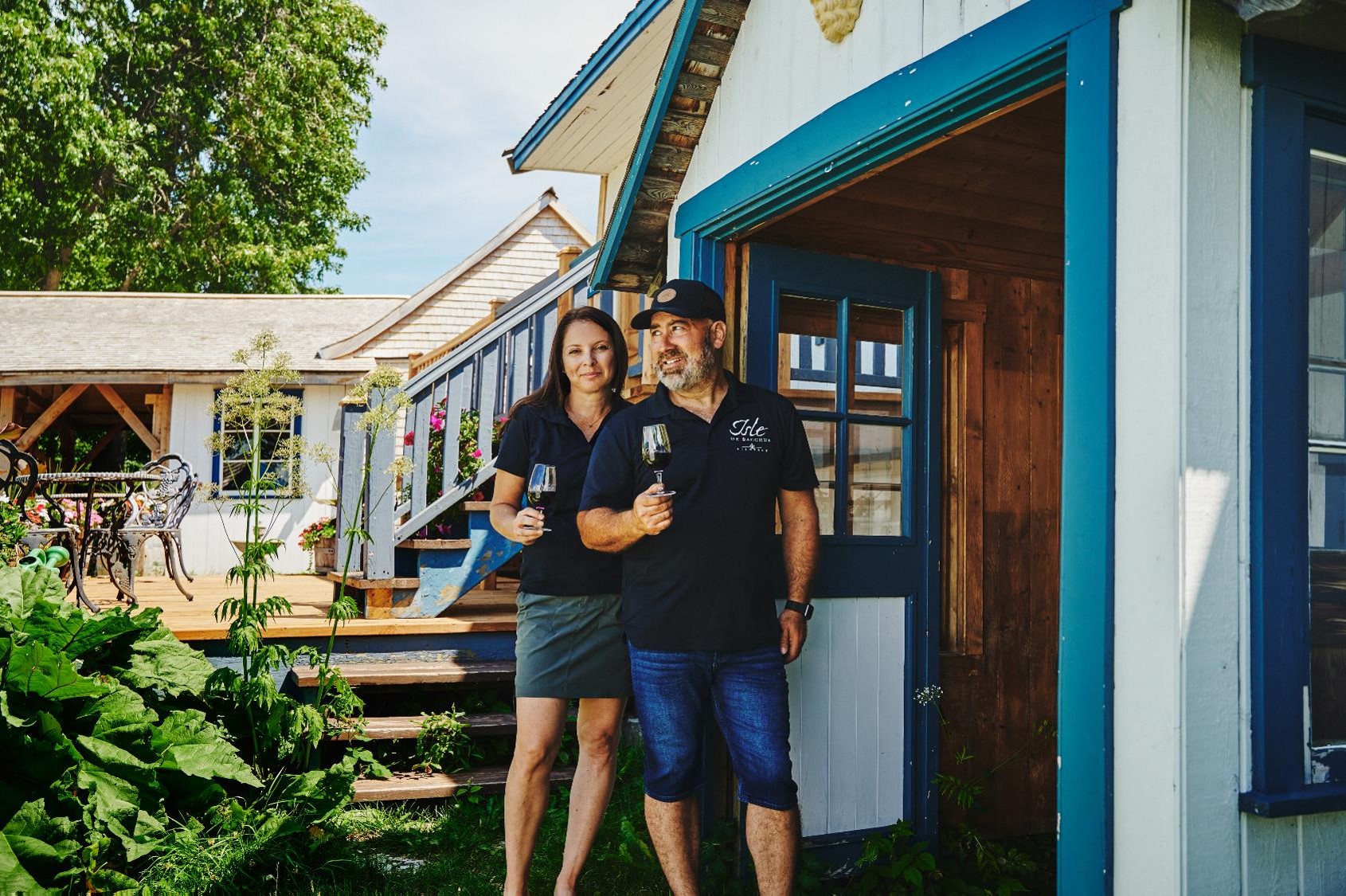 A vineyard with a soul

Created in 1982 in Saint-Pierre-de-l’île-d’Orléans, Isle de Bacchus is the oldest vineyard on Île d’Orléans, but also the third oldest vineyard in Quebec, which makes it one of the pioneers in the history of viticulture here.

The vineyard takes its name from the old name given to Île d’Orléans by Jacques Cartier in 1535. He named it Isle de Bacchus because of the abundance of wild vines that he found there at the time.

Today, the site is home to a 300-year-old house, an old barn that serves as a shop and a new terrace area that welcomes visitors by offering them personalized tastings, beautiful cheese and charcuterie boards, and above all a breathtaking view. on the river, the Côte-de-Beaupré and the Ile bridge.

“We made additions to improve the customer experience, while keeping the charm of yesteryear. It is a unique place with more than 312 years of history. We have given ourselves the mission of preserving this heritage while bringing a personal and more modern touch,” shares Carole.

The vineyard now operates 11 hectares of vines that take advantage of the microclimate of the island and the bay of Beauport, and transforms grape varieties adapted to the climate of Quebec such as vidal, geisenheim, vandal-cliche, eona , Acadie, Marquette and Frontenac Noir. 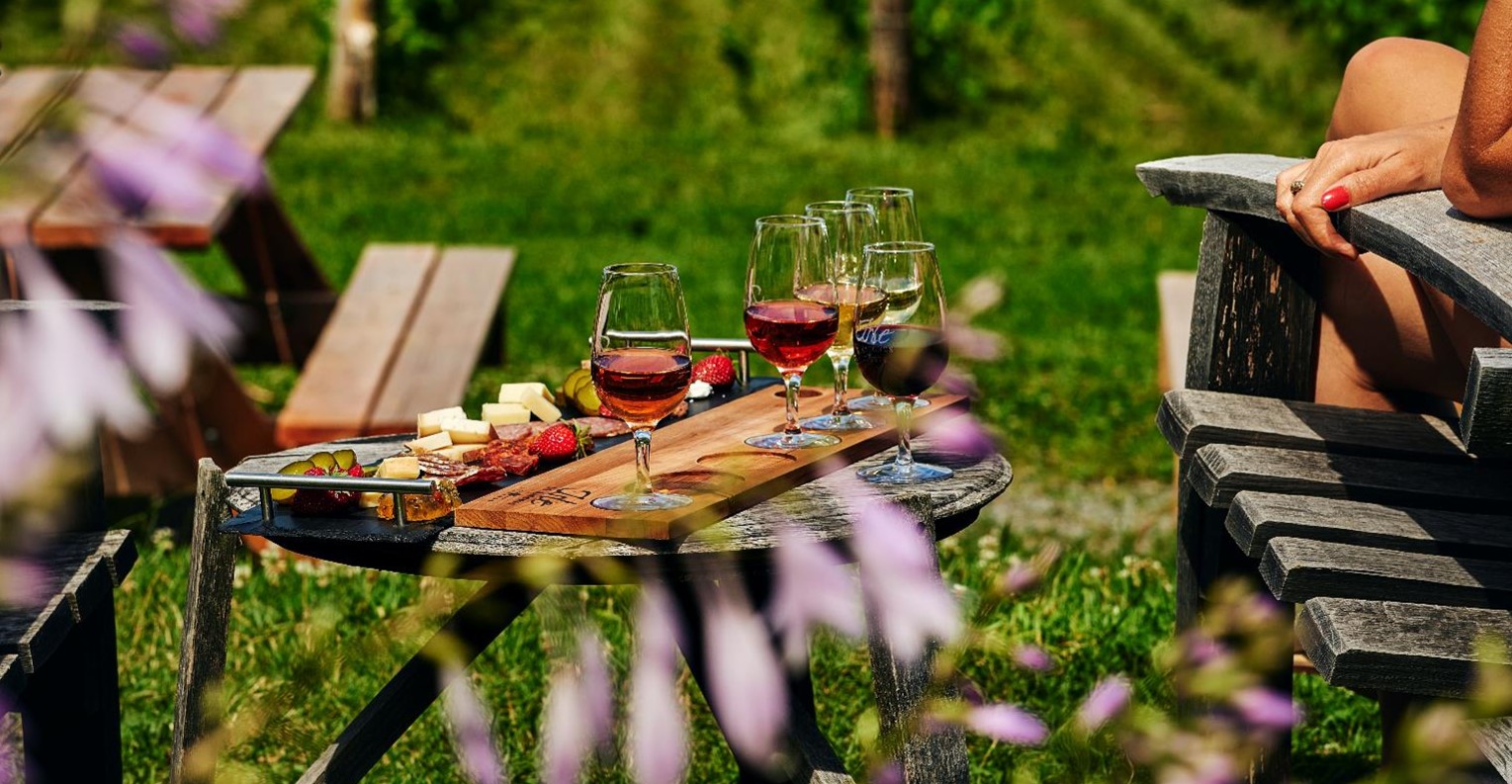 In 2017, even though their dream of becoming winemakers came true, Carole and Steve had to learn everything about wine making. They were able to count on the lessons of the few employees who remained after the transaction. Gradually, the couple added their little grain of salt to the existing product line.

“We added a sparkling wine, made using the traditional method, Le Brut de Bacchus, because we like to drink bubbles,” explains Steve. We also reintegrated Le Boisé, a red wine that hadn’t been made since 2012 and that customers were asking for more.”

The couple can count on the help of their two sons, now aged 15 and 18, to help them develop the vineyard for which the whole family has great plans.

“We just planted 6,500 new vines. We acquired new land on the island, says Steve. The children work in the vineyard and they are interested in taking over. The oldest is even thinking of developing an eau-de-vie to enhance our grape marc. We are not done introducing people to Quebec wines!”

Protecting your vines from the Quebec winter: the short story