Protecting your vines from the Quebec winter: the short story

Forty years ago, growing vines in Quebec was a risky bet. Indeed, the Quebec winter, with its extreme cold, can be very damaging, even fatal, for certain varieties of vines. Never mind, the winegrowers here have rolled up their sleeves to find solutions to be able to pursue their dream of growing vines in our northern territory.

Charles-Henri de Coussergues, from the L’Orpailleur vineyard, actor and witness to all the developments relating to protection against winter frost tells us. 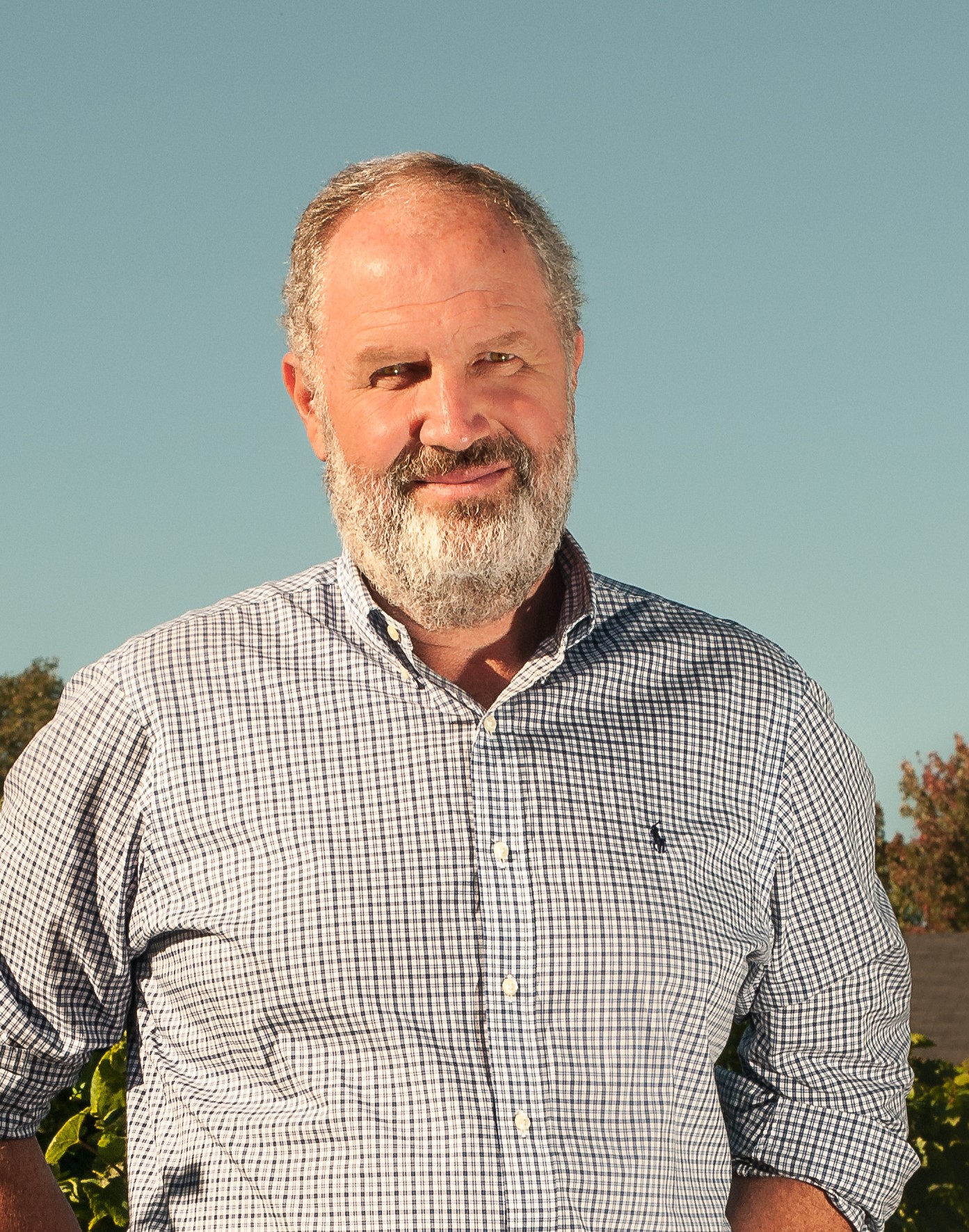 When you started your vineyard in 1982, did you already have in mindthat‘You should protect your vines during the‘winter?

Yes. We would not have started a vineyard in Quebec without having the means to protect it in winter. We hoped to do this by earthing up the vines, that is to say by covering them with earth in the fall. What we did. We knew that the vine could spend a good five months underground. It was done in Eastern countries; they cultivated the vines in a kind of small ditch which they filled in winter with earth. On the other hand, they dug it up by hand in the spring. The big challenge was therefore to mechanize the operation to dig up the vines after winter to be able to produce on a commercial scale. We got there in the spring of 1983 with a high-clearance tractor that allows you to straddle the vines. It was then necessary to pass a little by hand backwards to remove the earth. It took about 5 years working on the tractor before being able to mechanize the start-up operation to 100%.

In the spring of 1983, after the first winter of the vines underground, we observed the state of the buds and from the first year the results were conclusive. In 39 years, we have never lost a vine stock at L’Orpailleur thanks to hilling. The coldest temperature recorded under the mound was -7℃, while the outside temperature was -30℃. 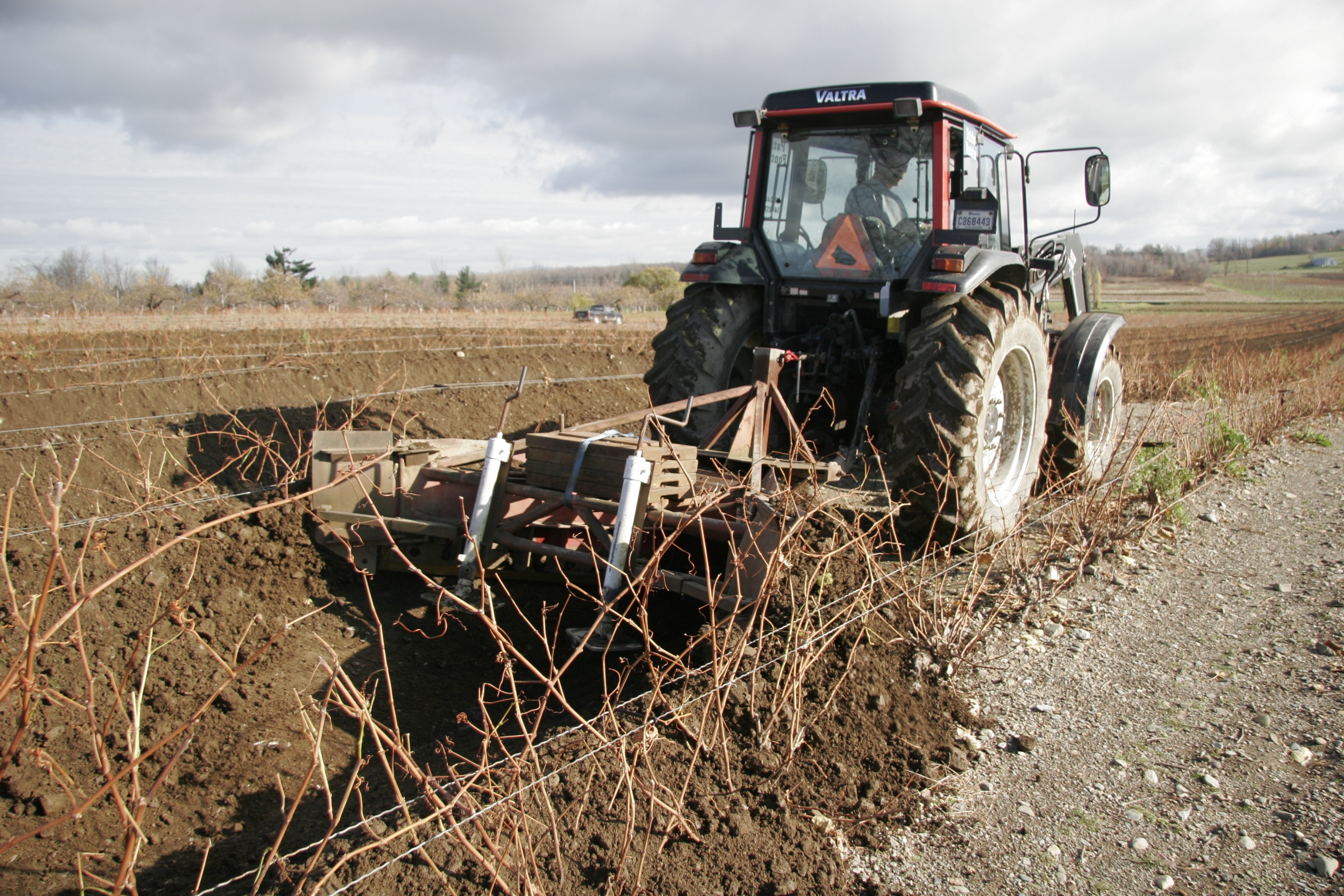 When did you start thinking about‘other ways to protect the vines in winter?

In 1995 and 1996, we tried a canvas system. This was done especially in nurseries in the fall. Geotextile fabrics, in addition to protecting a little from the cold, create a microclimate under them. Thus, when it is -25℃ outside, we manage to have -15℃ under the canvas. It gave good results in the nurseries so that’s where the idea came to try it in the vineyards. But at the time, we didn’t necessarily have quality canvases. After 2 or 3 years, they were perforated and unusable. As these canvases cost around $15,000 per hectare, you had to be able to amortize the investment over at least 10 years to make it worthwhile. So we had given up.

That was before Yvan Quirion, from Domaine Saint-Jacques, who came from the world of construction, arrived a dozen years ago with a new proposal. He tried better, thicker and more durable canvas, which he used in construction. It was a success!

Are these geotextiles still used today’today by many winegrowers?

Yes. Even today, canvas manufacturers are very interested in the agricultural field. There is a whole market that is developing, not only in viticulture, to create the most resistant geotextiles possible.

In total, in Quebec, 40% of the areas of vines are covered by geotextile fabrics while 9% are protected from the cold with the mounding method.

Today’today, geotextiles are widely used more than ridging. Why is this the case?

Each method has its advantages and disadvantages. Hilling requires more expensive equipment, in particular this famous high-clearance tractor. The second drawback is that the vine stock has to be pruned very short to be able to bury it, which results in small vines, with very low grapes. The harvest must therefore be done entirely by hand.

Under canvas, we manage to make vines higher, which allows harvesting by machine. Which is not negligible. The other advantage of the canvas is that it allows the cultivation of vinifera grape varieties.

What are winegrowers currently working on to become more resilient to Quebec winterscois?

I think the laying of the canvas will change a lot over the next few years. We want to see how we can further mechanize the installation of the canvases to reduce production costs. Because you have to be aware that this obligation to protect the vines is a significant cost in Quebec vineyards that vineyards elsewhere in the world do not have. So we have to keep doing research to make our work more effective!

Portrait of winegrowers: Carole Primeau and Steve Boyer
Next

September 12, I taste a Quebec wine!